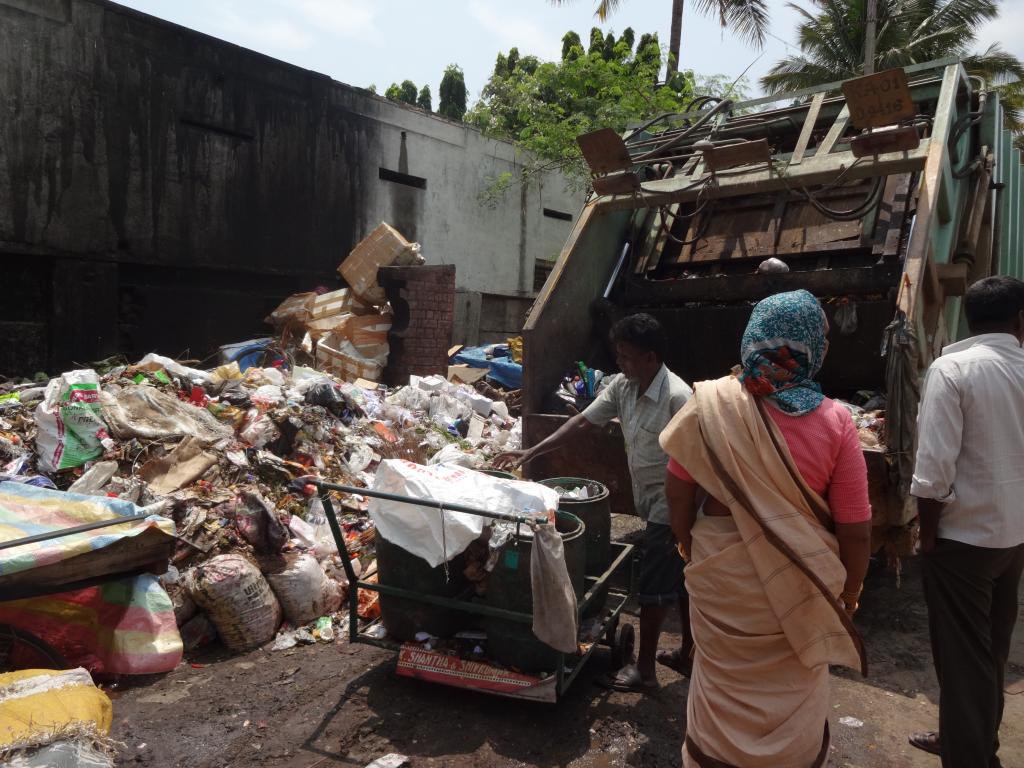 Down To Earth Magazine 20-Feb-2017(https://www.downtoearth.org.in/news/waste/bengaluru-orders-compulsory-waste-segregation-by-households-but-challenges-remain-57150)

Bengaluru’s municipal corporation has ordered compulsory segregation of waste by all households, taking a step towards better waste management. The order by Bruhat Bengaluru Mahanagara Palike (BBMP) has come into effect from February 1.

It was estimated that only 30 per cent of the city’s waste was segregated at source before the announcement. BBMP claims to generate close to 3,500 tonnes of waste per day, but figures published by non-profit Centre for Science and Environment present a larger estimate of 4,000 tonnes per day. According to BBMP website, each of the city’s 25 lakh households produce close to 1.2 - 1.5kgs waste every day. Close to 54 per cent of the household waste is organic in composition.

The pourakarmikas or sanitation workers have been instructed to collect only segregated waste from households. While wet waste will be collected every day, dry waste will be collected twice a week. Defaulters will be fined of Rs 100 after the introductory week in the first phase. The fine will be subsequently increased if the household continues to err. If one fails to pay the fine as well, it will be added to the property tax.

Reception of the scheme has been polarised. While some residents seem reluctant to take up segregation, others question processing of the waste.

“In order to make this a success, we need better enforcement, spread awareness through campaigns and educate the people why segregation at source is the need of the hour,” says G N Murthy, head of the Well-being Out of Waste (WOW) initiative. So far, the initiative is managing 52 wards in the city and collecting segregated waste. “If there is better education and awareness, then we can reach at least 70-80 per cent of segregation at source from 30-35 per cent,” Murthy adds.

At present, 300-350 tonnes of mixed waste with 80-85 per cent of wet waste goes to the Karnataka Compost Development Corporation’s Bomanhalli composting yard in a day.

Government intends to create a market for the unsold compost of around 3,000 tonnes. It plans to buy compost produced by housing societies and sell it to the agriculture department, in order to incentivise composting.

“The order of segregation at source by BBMP is a good move,” says Nalini Shekar, founder and director of social enterprise Hasiru Dala Innovations. The officials of BBMP are doing a great job by going to the colonies and educating them about segregation of waste. “We need to track the progress of this initiative over few months in order to judge its progress,” adds Shekar.

Reduce use of plastic, refill toiletries at mobile station