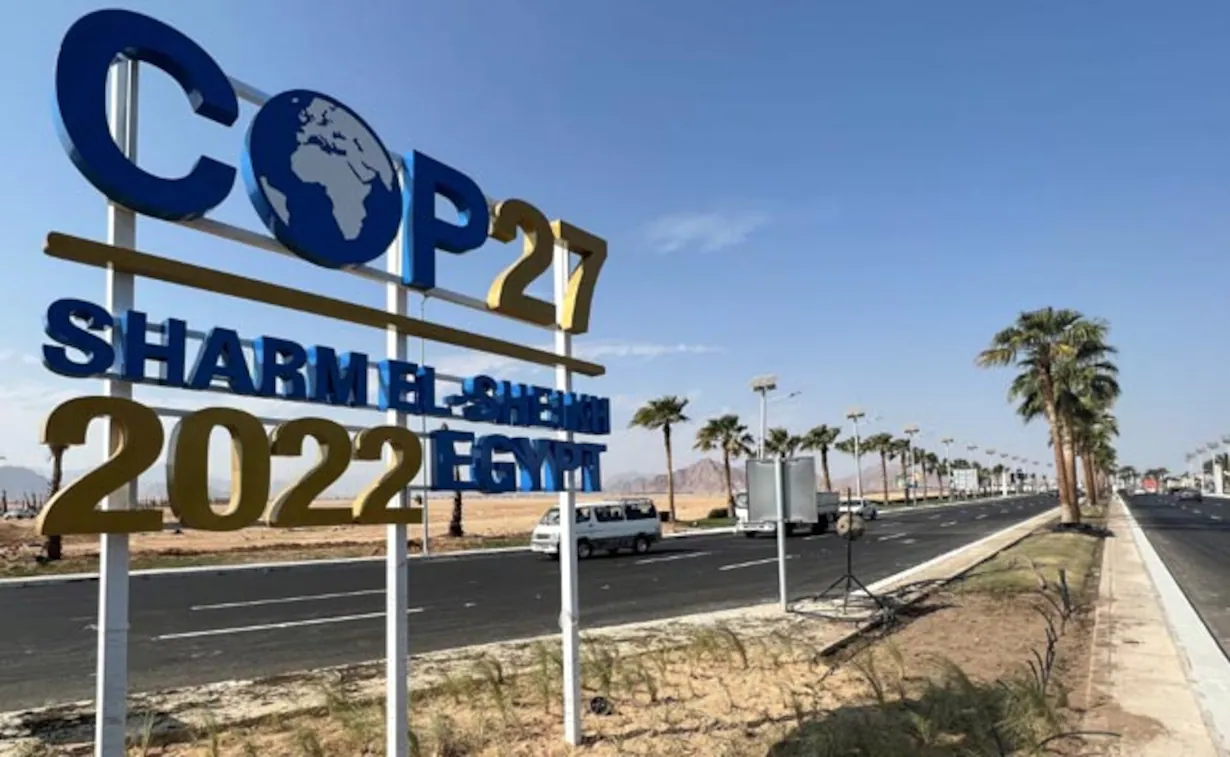 Posted : 1 month ago
Posted By :Shekar Prabhakar and Aditi Lokhande

Introduction
The climate crisis is the biggest crisis of our time. Everyone is affected by climate change, but some people and regions are far more vulnerable than others, and most times the ones who don't contribute as much to or cause the climate crisis are often at the brunt of it.

The climate crisis is the product of a series of human activities over time involving the emission of greenhouse gasses (GHG) such as CO2 and Methane whose consequence has been the anthropogenic climate change that we are experiencing today, and will continue to witness for generations to come.

Regions that will experience the most adverse impacts of climate change are on The Global South which are West, Central and East Africa, South Asia, Central and South America, Small Island Developing States and the Arctic. Populations living in informal settlements will have the worst of it.

Vulnerability to climate change impacts is driven by socio-economic, political and environmental factors. It is important to understand and engage in these processes as the impacts of climate change are increasing globally.

There is an urgent need for action to prevent global warming from rising above 2°C. Temperatures over 2°C will result in irreversible climate impacts. The frequency of climate events will also increase as temperatures rise, and threaten the very existence of human life on earth and destroy our ecosystem that we inhabit alongside various other life forms.

United Nations (UN) climate summits are held every year, for governments to agree on steps to fight climate change.They are referred to as COPs, which stands for "Conference of the Parties". The parties are the attending countries that signed up to the original UN climate agreement in 1992.

A month ago, the conference was held at Sharm el-Sheikh, Egypt. This was the fifth time a COP had been hosted in Africa.

One of the goals of COP27 was to ensure adequate representation and participation from all relevant stakeholders.

Prior to the conclusion of negotiations, COP27 was hailed as a “make it or break it” moment and an opportunity to move from ambitious targets to policy implementation.

To which, COP27 proved to be a historic event for international climate policy. It was the very first treaty that acknowledged the responsibility for action was different for developed and developing countries.

It marked a shift in how the world’s biggest greenhouse gas emitters – deal with climate change when faced with economic and energy challenges. The principle of historical responsibility has a powerful role to play in the division of the world’s remaining carbon budget.The developed countries have been primarily responsible for historical emissions. 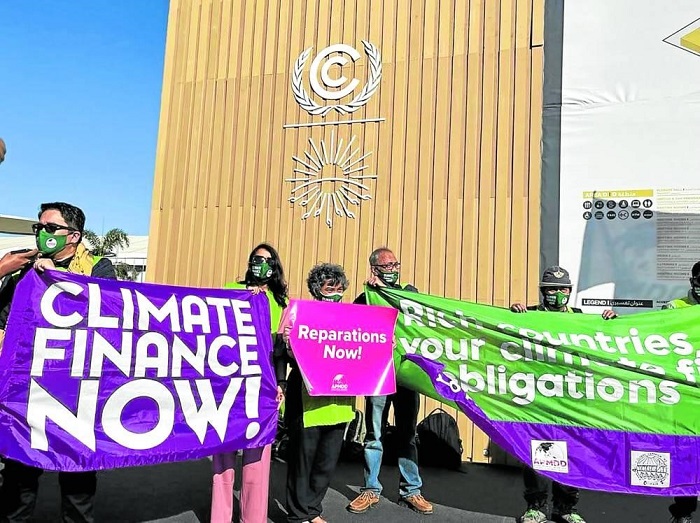 COP27 reached a much needed agreement on the setting up of a fund to provide developing countries with financial assistance for losses and damage caused by the climate crisis. Despite having the smallest carbon footprint, countries such as Pakistan, Kenya, Bangladesh, Barbados and island countries have experienced the most extreme impacts of climate change leaving millions displaced.
After three decades, the issue had finally made it into the COP27 agenda. However, there is no agreement in place as to how the finance should be provided, who should be the contributors and the amount each country should pay. Developed countries have yet to live up to their 2009 commitment to jointly mobilize $100 billion annually in climate finance.

Other key takeaways from COP27

Despite the progress on loss and damage, there had been a lack of progress during the summit on how to reduce greenhouse gas emissions faster. The UNFCCC, the Paris Agreement, and the annual COPs are ultimately and mainly about reducing emissions of GHGs. There has been disappointment expressed by delegates because the COP27 closing statement did not fully embrace the 1.5 C target (relative to pre-industrial temperatures), versus the 2 C target of the Paris Agreement. Neither did it state the intention – in what is really no more than a non-binding resolution – to phase out all fossil fuels and not just “unabated coal,” as discussed in the COP26.
Fossil fuels were only mentioned once in the statement – in the context of the “phasedown of unabated coal power and phase-out of inefficient fossil fuel subsidies”. Given the gravity of the climate crisis, this is still very ambiguous and non-committal. Failure to keep 1.5C “alive” would be a death knell for many small island states and African nations.

Net-Zero Carbon Emissions
Net-zero also did not gain sufficient traction at an international level at COP27, but the industry continues to show leadership with the release of the ISO Net-Zero Guidelines, which provides our first end-to-end framework for what good net-zero governance looks like from targets, to plans, to claiming success.

The Youth also made their presence felt at the COP27 as many youth across the world attended the conference and made sure to have their demands heard through various creative demonstrations. Hundreds of people joined a march inside the climate summit at the conference centre in Sharm El Sheikh, the first large-scale protest took place inside the Blue Zone - an area usually reserved for official proceedings and not accessible to all activists.

The final statement also acknowledged the Intergovernmental Panel on Climate Change (IPCC) key finding of “tipping points” – a warning that the consequences of human-induced climate change that lead to changes are not gradual and linear but are exponential and often have irreversible effects. This understanding hopefully leads to acknowledging planetary boundaries, how we upkeep them and building resilience to adapt towards climate change.

In the Global South, the effects of the climate crisis are already immensely devastating, the losses and damages caused by emissions that are already in the atmosphere have irreversible consequences. The loss to livelihoods, degradation of land, indigenous knowledge, socio-cultural identity and heritage, biodiversity, and ecosystems are cataclysmic, and have highlighted that climate change affects the globe disproportionately, and is thus an issue of justice.

‘’Governments, the private sector and civil society need to work, in tandem, to transform the way in which we interact with our planet.
We must introduce new solutions and innovations that help alleviate the adverse impacts of climate change. We also need to replicate and rapidly upscale all other climate-friendly solutions towards implementation in developing countries.’’  - Nick Green

In the past, climate action has been pushed to the backburner when governments devised policy responses to global crises. But this year, amid wars, environmental disasters, spiraling inflation and energy shortages, tackling climate change has become central to recovery plans.
It signals that climate action and economic stability are no longer seen as competing priorities – instead, national governments realize they go hand-in-hand. Building for climate action and resilience must be  deeply embedded in the government policies of all nations, as well as in existing economic and energy systems.This is necessary to achieve the systemic transformation required to address the climate crisis.

By aligning climate change with economic policy, the governments of the biggest economies have shifted the business narrative from risk to opportunity which will allow us to unlock trillions of dollars that have been committed towards climate financing. The policymakers must now develop specific targets and milestones to implement the strategy in a time-bound manner.

One of the key integral aspects of the COP27 was also climate justice and the platform it provides. The importance of social dialogue, and issues related to social inclusion and vulnerable groups – including women, youth, indigenous people, migrants and persons with disabilities, informal workers – who risk being disproportionately affected by the transition.

The global labour movement had mobilised at COP27 to have an ambitious climate agreement. We need a “labour focused just transition with social dialogue, social protection and labour rights at its heart.” they said.

The informal sector, especially waste pickers should be a part of the co-creation of a bilateral bottom up and top down approach in our efforts to deal with the climate crisis as they constitute the majority of the population in a country like India and other developing economies.

At Hasiru Dala Innovations, our inclusive business models enable the circular economy while professionalizing and transitioning waste pickers, informal sorters & balers and micro waste entrepreneurs. Our circular economy solutions help build for a sustainable and resilient world while mitigating climate change and helping vulnerable communities adapt to it. To know more on how we help build for climate adaptation and mitigation with and for the informal waste workers, Stay tuned!

What was COP27 and how will it influence our future? – Sustainably Speaking (lboro.ac.uk)

What is COP27 and why is it important? - BBC News

COP27 - What happened and why does it matter? (taict.org)

Loss and damage: A moral imperative to act | United Nations

What Really Happened at COP27 in Sharm El-Sheikh? - An Economic View of the Environment (robertstavinsblog.org)

COP27: Delivering for people and the planet | United Nations

COP27 was disappointing, but 2022 remains an historic year for international climate policy (devdiscourse.com)

Savills Blog | What is COP and what does Egypt aim to achieve at COP27?