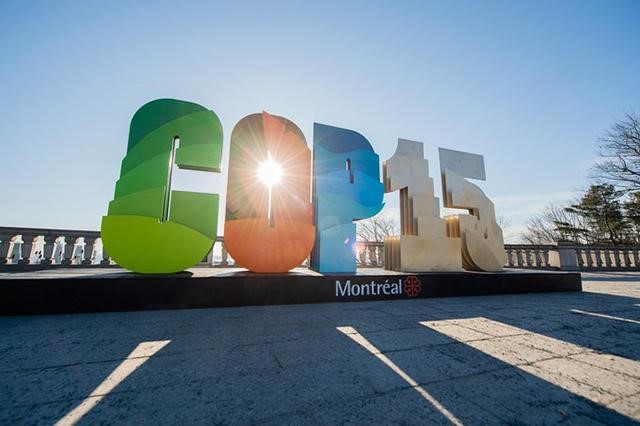 Posted : 4 weeks ago
Posted By :Shekar Prabhakar and Aditi Lokhande

We are now living in an age of extinction with biodiversity loss ranked as one of the biggest threats facing humanity. When a species goes extinct, it takes with it all of the physical, chemical, biological, and behavioural attributes that have been selected for that species, after having been tested and tried in countless evolutionary experiments over many thousands, and perhaps millions, of years. Nature itself is a wonder, a world full of plants and animals that adapt themselves to better suit the natural world.

Most human innovations are inspired by biomimicry which is based on the design and production of materials, structures, and systems that are modelled on biological entities and processes. Nature’s value is not limited to human applications, but the loss of nature and biodiversity represents major losses to human potential as well.

The organisms that create the support systems make all life on Earth, including human life, possible; millions of species are at risk, but losing even a single species can have enormous negative consequences for humanity.

COP simply stands for the Conference of the Parties of an international convention and, this year, there were three - one for biodiversity (COP15), one for climate change (COP27) and one for world wildlife (COP19). The number indicates how many times the parties have convened.

United Nations Secretary-General António Guterres warned, “humanity has become a weapon of mass extinction with a million species at risk of disappearing forever.” He said, “there is no planet B”.  Leading scientists have also said COP15 is “significantly more important than COP27” and will determine the “fate of the entire living world”. A 2020 study claims that almost half of the globe's animal and plant species could be extinct by 2070. Humans depend on 50,000 wild species for food, fuel, and income. And with the global population now at 8 billion people, protecting biodiversity will be critical for survival.

The conference, billed by scientists as an event that would "determine the fate of the living world," was scheduled to be held in Kunming, China but had to be moved to Montreal, Canada due to COVID-19 concerns. The pressure was on to create a new agreement, known as the Kunming-Montreal Global Biodiversity Framework (GBF),   with better monitoring and financing built in after all the countries failed to meet the 2020 goals of the last biodiversity plan, known as the Aichi targets. In fact, governments have never met a target they have set for themselves on nature in previous decades, and the Montreal-Kunming agreement has been the subject of a major push to change the years of failure, apathy, and environmental destruction.

Governments have now signed a historic deal that would protect 30% of the planet for nature by 2030. After more than 4 years of negotiations, and repeated delays due to the covid 19 pandemic, nearly 200 countries, excluding the US and the Vatican signed the agreement at the COP 15. The intention of the agreement is to put humanity on a path to living in harmony with nature by the middle of the century. The deal at COP15 follows another historic deal, signed at the COP27 which finally ended in Egypt last month.

The most significant part of the agreement is that it has committed to protecting 30% of land and 30% of coastal and marine areas by 2030, fulfilling the deal’s highest-profile goal, known as 30-by-30. Indigenous and traditional territories will also count toward this goal. The deal also aspires to restore 30% of degraded lands and waters throughout the decade, up from an earlier aim of 20%. And the world will strive to prevent destroying intact landscapes and areas with a lot of species, bringing those losses “close to zero by 2030”.

The deal has also called for raising $200 billion by 2030 for biodiversity from a range of sources and working to phase out or reform subsidies that could provide another $500 billion for nature. As part of the financing package, the framework asks for an increase too, at least $20 billion annually by 2025 for the money that goes to poor countries. That number would increase to $30 billion each year by 2030.

Christophe Béchu, France’s minister for ecological transition who headed its delegation, called it a “historical deal.” “It’s not a small deal. It’s a deal with very precise and quantified objectives on pesticides, on reduction of loss of species, on eliminating bad subsidies,” he said.

In order to tackle the issue of degenerating biological diversity, the goals set up by the framework are:

To maintain, enhance or restore the integrity, connectivity and resilience of all ecosystems, increasing the area of natural ecosystems by 2050, including halting species extinction and maintaining genetic diversity and to push for “sustainable use” of biodiversity.

To safeguard Indigenous people’s right to remain stewards of the land they use and ensure they are not subject to evictions in the name of conservation.

For example, Stevia rebaudiana produces a compound that is 100 times sweeter than sugar but has remarkably fewer calories. Indigenous farmers of Paraguay have cultivated the plant for centuries. Based on sequence information, the patent on biosynthesis genes producing steviol glycosides is owned by Evolva, a Swiss-headquartered biotech company. The monetary benefits constantly reaped by the corporates have exposed the vulnerability of the principle of equitable benefit sharing associated with DSI. Furthermore, the industry-scale production of Stevia products outside of South America has gravely threatened the future of traditional farming and the knowledge of the indigenous people of Paraguay.

To adequately implement the framework in a secure and equitable manner accessible to all parties. Whittington, director of policy at Cambridge Institute for Sustainability Leadership, said the accord should prompt a mandatory disclosure framework for larger businesses. Ensuring that money and conservation efforts get to where they are needed.

To also reduce the overall risk from pesticides and highly hazardous chemicals by at least half.

The Kunming-Montreal Global Biodiversity Framework also aims to cut food waste in half. Based on a report by the Global Alliance for Incinerator Alternatives (GAIA), the introduction of "zero waste" systems in cities around the world would be one of the quickest and most affordable ways to reduce global heating and stay below 1.5°C of warming.

The report found that the global waste sector accounted for 3.3% of global greenhouse gas emissions and a fifth of global methane emissions, and by introducing better waste management policies such as waste separation, recycling, and composting, these emissions could be cut by over 1.4 billion tonnes.

Critical Reception of the COP15

There were supporters of the framework who said it fell short in many areas.

The Wildlife Conservation Society and other environmental groups were concerned that the deal puts off until 2050 a goal of preventing the extinction of species, preserving the integrity of ecosystems and maintaining the genetic diversity within populations. They fear that the timeline is not ambitious enough. Some advocates also wanted tough action around subsidies that make food and fuel so cheaply available across many parts of the world. The document only calls for identifying subsidies by 2025 that can be reformed or phased out and working to reduce them by 2030.

“The new text is a mixed bag… It contains some strong signals on finance and biodiversity but it fails to advance beyond the targets of 10 years ago in terms of addressing drivers of biodiversity loss in productive sectors like agriculture, fisheries, and infrastructure and thus still risks not being fully transformational,” said Andrew Deutz, director of global policy, institutions and conservation finance for The Nature Conservancy.